Jesus, Our Magnificent Obsession – His Fame

His fame went throughout all Syria (Matthew 4:24 NKJV)

And Jesus went about all Galilee, teaching in their synagogues, preaching the gospel of the kingdom, and healing all kinds of sickness and all kinds of disease among the people. (Matthew 4:23 – 4:24 NKJV)

Then His fame went throughout all Syria; and they brought to Him all sick people who were afflicted with various diseases and torments, and those who were demon-possessed, epileptics, and paralytics; and He healed them. (Matthew 4:24 NKJV)

Great multitudes followed Him – from Galilee, and from Decapolis, Jerusalem, Judea, and beyond the Jordan. (Matthew 4:25 NKJV)

Jesus has always been my perfect fascination and obsession even before I got to know Him and His Holy Spirit intimately. I remember when I was young and would constantly think about Him, His ways, His personality and His works. I would imagine myself ministering with Him and the Apostles, going from town to town in His own time and days.

Then I started having visions of Him and the Apostle in heavenly garments and luminous, glorious hair I can not describe. I was very in touch with the supernatural and did not know why. It was much later, that He told me I was called to be an Apostle – an Apostle of love and mercy. He also called me to be an Apostle to a certain church He Says is in the intensive care unit, steeped and buried in idolatry.

I was and I am fascinated with Him because Biblical records of Him, His ways, and His works leave me awed and speechless. The more I read about Him the more I love Him. His life was so Charismatic, magnificent, magnetic, outstanding and enigmatic that He has consistently been named the most famous man that ever lived.

In this Scripture we are told that His fame went throughout all Syria. The more people heard about Him and His miracles, the more they were drawn to Him and His fame was outstanding. This Scripture says that people followed Him. They would hear that He was somewhere ministering and would run to that place with wonder, expectation and excitement.

If I was there in that time, no one would have been able to stop me from being at His presence. I would certainly have been energized into super action. I really like Him and the good thing is that He knows it.

He was famous because He met needs and solved human problems. We were told in Business School that the best marketer is the one that has figured out how to solve problems and meet human needs not the advertiser.

If you advertise a bad product you are wasting time and money, however, if you advertise a good product your reward is outstanding. On the other hand, if you embrace innovation and create a product that meets human needs, especially in an unprecedented way, people will rush to buy that product even without any advertisement.

If we submit ourselves and become vessels of honor, we will become problem solvers and meets needs. Jesus had fame because He was very effective as a minister. He never advertised Himself or craved fame, yet people kept hearing about Him from people He had healed and rushed to Him in thousands.

Every weapon He had was supernatural – He was full of grace, knowledge, truth, humility, wisdom, love, compassion, anointing and power. He knew the necessary weapons and obtained them in the place of fellowship, prayer and obedience.

He kept telling the people He healed not to say anything to anyone, yet somehow, people saw people they knew before who had been lame, blind, deaf or crippled healed and became fascinated. They simply loved Him and ran to Him because they could not help it – He was a mega problem solver and met needs and that made Him magnetic. He still is.

Jesus, our beloved, is indeed a magnificent, magnetic fascination and obsession.

Into your radiance I will run into,

Who you created me to be.

The shadows bow to you

Lord of life and glory

They tremble and fumble

They quake and quiver

They stumble and mumble

And disappearing into the night.

The shadows are so afraid

That they hide in the thick bush

Remaining there day and night

Afraid to face the daylight

In the lives of men

Knowing that the Lord of glory

Is about to torture them

I run to you

The source of salvation

For the fresh living water

That will quench my thirst

And merge with with your radiance.

Into your fullness I will drown

Drunk with your presence and new wine

Drenched with your glory

Delighting in love and mercy

Rejoicing in your salvation.

Into your radiance I will rest,

Ceaselessly expressing my love for you

He Called Him Darling

Another event that took place

In this vision, the Lord

Showed me a group of people

They were worn out,

I was standing at a distance

The Lord went into the crowd

And singled out a man

He is of course

Living on earth but on

The man was so weary

He was almost fainting.

In His arms, hugged Him

And pulled Him out of that group,

With so much love and compassion.

When the Lord called him darling,

my mouth and eyes flew

Then the Lord looked straight

At me and said,

Are you shocked that I called him darling?

He is my darling and I will deliver him.’

Then the vision came to an end.

No matter how shocking it is,

We are all darlings to Him and

We are His beloved and

He loves us that much.

He does not differentiate

Gender when he loves us

We are all precious to Him.

What He wanted to impress

On my mind is that

Regardless of our gender

We are His darlings

And He loves us deeply

That night in London so well.

I had spent several hours

For His precious blood

That set me free.

In obedience to the revelations

He had given me

About the importance of gratitude

And thanksgiving and celebrating Him

For His great salvation

Through His precious blood.

As I made melody in my heart

With love and worship,

I fell into a trance.

In a glorious and spacious ballroom

There were many of us

All dressed in extraordinarily beautiful

My gown was so breathtaking

In beauty that I still marvel

At the delightful recall.

We sat and waited

For that one special one

Of dancing with Him.

He appeared in that glorious

In appearance and beauty.

Then I woke up

That the trance had lasted

And rejoiced in His salvation

With thanksgiving and love.

The word of God

Penetrated deep into me

With His glorious presence

And cleaned my garments

Leading to intimacy and fellowship.

The word of God

Is glorious and powerful.

It is the word of God – the good news of salvation

That saves our souls,

As we accept it,

And cling to it

In thanksgiving, praise and worship.

May we constantly glorify

The word of God – the good news

Of our redemption and salvation

He has given us victory

Revelation of The Bridegroom

This kind of knowledge is an experiential knowledge like when a wife knows her husband and experiences intimacy with him.

When we know Jesus as our bridegroom, we taste Him, touch Him and He touches us. We become very intimate with him and we will love him so much that we constantly strive to please him in everything.

Pleasing him becomes our joy and happiness and we will no longer struggle to please him. Just as it is natural for a bride to delight in her husband and please him, the experiential brides of Christ will constantly delight in and rejoice in Him. They become enraptured in Him and will do great exploits.

Those who do wickedly against the covenant he shall corrupt with flattery; but the people who know their God shall be strong, and carry out great exploits (Daniel 11:32 NKJV) 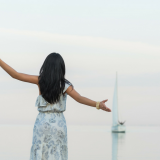 Freedom Is What We Have

That Your Love May Abound 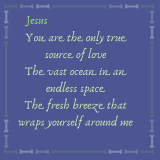 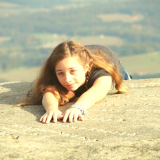