May God Defeat Every Enemy That Is Frustrating Your Destiny

Ultimately, the enemy wants to end someone’s life so as to cut off that destiny. That is the most effective way that the enemy destroys destiny. It is a very simple logic – end the life and end the destiny.

So be aware and fight like a lion. Some people died prematurely, without fulfilling destiny because the enemy beat them to it.

Sometimes, it is not about some great sin that you, your parents, or ancestors committed. Sometimes it’s just the enemy vowing to stop a great destiny. That is why you must always hear from God concerning the root cause of your problem. If the enemy has vowed to stop your destiny, vow to stop the enemy and be victorious.

Pharoah vowed to stop the Israelites and held them in captivity

Moses was saved and not killed with the Hebrew children and a great destiny was saved.

Herod vowed to kill Jesus as a baby, before He could even grow up, but God saved Jesus.

Jesus made sure that He finished His work. We should too.

Evil thoughts will occur however, it is how we handle them that matters. Remember that Jesus said to Peter, " Get behind me Satan." Jesus was able to recognize that what Peter was saying originated from the devil. Peter himself was not even aware that he was passing across Satan’s thoughts. The devil always tries to make us disobey God and go against God’s will and His plan for our lives by flashing his own thoughts across our minds. Learn to recognize Satan’s thoughts the way that Jesus did, and aggressively reject them. 1. Know the word of God thoroughly like the Berean believers Now the Berean Jews were of more noble character than those in Thessalonica, for they received the message with great eagerness and examined the Scriptures every day to see if what Paul said was true. Acts 17:11 2. Be constantly led by the Spirit, like Jesus and know God’s plan for your life — Support this podcast: https://anchor.fm/laura16768/support

Your Comforter And Guide

Sanctify My I Tongue 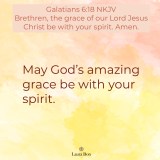 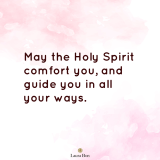 Your Comforter And Guide 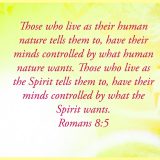 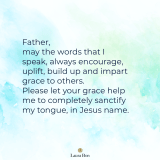 Sanctify My I Tongue

Live Above Self Deception And Wickedness
YouTube Video UCl0bc9ZYZSpcwzRTDQv0YCQ_qsT-WJwC7Lo

Faith Is Also Part Of The Perfect Will Of God
YouTube Video UCl0bc9ZYZSpcwzRTDQv0YCQ_38Jwn3JSGNY
Load More... Subscribe
This error message is only visible to WordPress admins


Cannot collect videos from this channel. Please make sure this is a valid channel ID.