For God has not called us for impurity, but in holiness. (1 Thessalonians 4:7 ESV)

Therefore, anyone who rejects this instruction does not reject a human being but God, the very God who gives you his Holy Spirit. 1 Thessalonians 4:8 NIV

Therefore whoever disregards this, disregards not man but God, who gives his Holy Spirit to you. (1 Thessalonians 4:8 ESV)

It is a dangerous and foolish thing for any man to reject his creator. Anytime you reject the instructions in the word of God, you reject and resist God, and His Holy Spirit.

If we truly love God, we will accept the instructions that He has given us in His written word. We will also accept and walk in the counsel and guidance of the Holy Spirit.

A man can actively reject God and not even know it. A man can hate the word of God and believe that He loves God the most. That is how the heart of man deceives man. This Scripture clearly lets us know that rejecting God’s word and instructions is rejecting God.

May great great be upon us, in Jesus name.

He Will Give Good Things 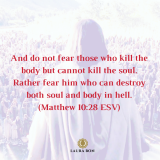 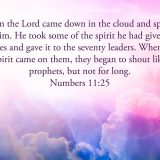 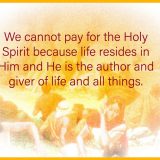 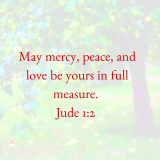 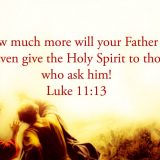 He Will Give Good Things