The Garment of Jesus

You are what your garment is. The garment of Christ reflects who He is.

One like the Son of Man, clothed with a garment down to the feet and girded about the chest with a golden band – revelation 1:13

“I watched till thrones were put in place, and the Ancient of Days was seated; His garment was white as snow, and the hair of His head was like pure wool. – Daniel 7:9 Throughout the earthly life of Jesus, His garment was always white and after His death He was clothed with the glory of God.

O Lord my God, You are very great: You are clothed with honour and majesty, Who cover Yourself with light as with a garment – Psalm 104:1

The physical garment of Jesus was saturated with the glory of God as result of His outstanding purity, humility and devotion to God. He was disciplined and lived a life of prayer and self-denial. He lived like a servant instead of a King. Humility is so very powerful and attractive to God. He was clothed with humility, thanksgiving and praise.

And begged Him that they might only touch the hem of His garment. And as many as touched it were made perfectly well. – Luke 14:36

And suddenly, a woman who had a flow of blood for twelve years came from behind and touched the hem of His garment. For she said to herself, “If only I may touch His garment, I shall be made well.” But Jesus turned around, and when He saw her He said, “Be of good cheer, daughter; your faith has made you well.” And the woman was made well from that hour. – Matthew 9:20

There was no shadow or darkness around Him. He was a happy, joyful man on fire for the glory of God. He was a perfect man and He demands perfection from us because He knows the secret and key to the kingdom of God and wants us to partake of His knowledge. He gave Peter the keys and principles to the kingdom of God but the church has lost the key. Fortunately the Holy Spirit has the key and the key is in the word of God.

It is impossible to be anointed with an unclean garment. You cannot sew a new garment on the old one. You take off the old garment and replace it with the new one. Most of the failure and false doctrines we witness in the church today is due to unclean garment.

When Adam and Eve found out they were naked they started hiding from God. Most unclean Christians are naked and are manufacturing all sorts of false doctrines to cover their nakedness and helplessness. Naked of power and helpless without the Holy Spirit our helper.

Cleanliness precedes power and Jesus was absolutely pure and clean. Power sought and followed Him, He did not seek or follow power. He sought the perfect will of God. God’s will was His food, happiness and passion.

11 Principles For Waiting Upon The Lord

My Glory And My Reward 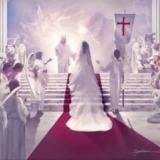 Walking In The Spirit 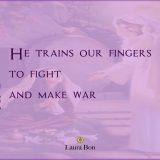 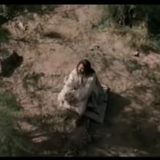 11 Principles For Waiting Upon The Lord 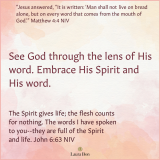 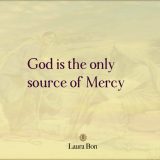